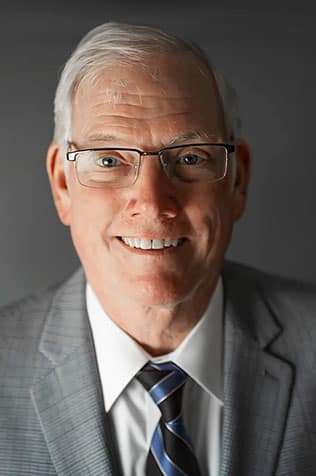 Dr. Richard Moll graduated from Indiana University School of Dentistry in 1986. Finishing near the top of his class, Dr. Moll continued his education in the United States Air Force, completing a General Practice Residency in 1987. During his time in the Air Force he flew F-15s, cared for B-1 bomber personnel, and kept underground missile guards healthy.

Dr. Moll entered practice with W.K. Manchette in 1989 in Evansville, IN. Over the next 22 years Dr. Moll and Dr. Manchette worked together serving their patients. When his daughter, Dr. Allie Frounfelter, and son-in-law, Dr. Adam Frounfelter, joined the practice, it naturally evolved to All in the Family Dental.

Dr. Moll has served on the Area Dental Association as a Peer Review dentist. He worked with other dentists at Health Resources Incorporated (HRI). During his time as a board member for HRI he helped to promote the dental insurance industry in Evansville and the tristate.

Dr. Moll resides in the Evansville area, with his wife Cathy, and attends Holy Redeemer Church. He enjoys hunting, golfing and spending time with his family. He plans to practice dentistry for many years to come.

We will give you a reason to smile!

All In The Family Dental